What's the difference between a merely good Scrum organisation and a great one?

The answer is waste.

Waste in a Scrum context is loosely defined as any activity which does not result in something the customer uses. At its most obvious we're talking things like TPS reports and bikeshedding, but this also covers designs that just get thrown away - or written, delivered features that never get used by anyone.

A good Scrum team finds such waste irritating. They self-organise around minimising the consequences of such waste. They create a template for filling in the TPS reports. They timebox anything which starts turning into a bikeshed discussion. They're cautious about implementing designs until they're stable, and deliver those unused features as quickly and efficiently as they can. They report the amount of time given over to waste and hope their managers can remove some of the causes of it.

A team like this typically see a 50-100% productivity boost over a traditional waterfall or pants-seat group, with a moderate gain in happiness. Things still waste time, but they don't drag on for days while interrupting the delivery of useful software the way they used to.

A great Scrum team doesn't find waste irritating. A great Scrum team finds waste criminal. Taiichi Ohno of Toyota once wrote, "waste is a crime against society more than a business loss" and great Scrum teams take that to heart. Wasteful activities aren't something to be tracked in terms of some notional profit and loss chart; they're something preventing people from doing useful, fulfilling work. If you spend six months writing a feature that's canned at the last moment it's not just wasted money, it's six months of your working life gone with nothing to show for it. Hence a societal crime: it's forcing people to waste their lives on the useless and ineffective.

When a team view waste in such a serious way, they deal with it differently. They don't ask how to fill out the TPS report quicker; they ask why they're bothering with the TPS report at all. Their scrum room has a big sign saying "NO BIKESHEDDING" and to disobey it would be a disgrace. Most importantly, you'd never catch a great team writing a feature that won't be used by anyone. They will ask their product owner, "who is this for? Why would they use it?" and features without satisfactory answers to those questions will slide to the bottom of the backlog and stay there.

This kind of attitude is why I used the word "organisation" earlier. Because it can't be just the the team which does this; the entire company must support it. If an activity is wasteful then you need to be mature enough to say, "yes, this is wasteful, we will stop doing it" rather than the more usual, "it's just the way we do things" or any other justification which ultimately boils down to, "because I say so" or "that's how we've always done it". Without that kind of organisation surrounding them, a team will never be able to rise beyond merely good to true greatness.

So why would you want greatness if it requires so much commitment and desire to change?

You want greatness because a great Scrum team is typically four times as productive as a waterfall/pants-seat team. That 50% boost a good team gets you pales into insignificance by comparison. A great team simply puts more useful software into the hands of customers than a merely good one, and has a happier, more fulfilling time doing so. And they do it not by superhuman feats or long hours, but by refusing to tolerate any activity which isn't contributing to producing something useful for the customer. You don't need elusive rockstar developers, epic crunches or anything complicated - all you need is the courage to constantly remove waste from your processes, and you'll be this productive.

That's real productivity, too. It means four times as many products launched in a typical year. Four times as many ideas trialled and tested. Four times as much customer feedback on what the market likes and doesn't like. That's why great organisations put so much effort into getting rid of waste - because they know all that effort and time can go into delivering things that matter, faster and more frequently than the competition.

You can ignore that kind of productivity gain if you like (after all, it's the easy, least-effort way out)... but for how long are your competitors going to ignore it?

Let's say you've got an application which outputs log files to a directory. Somewhere on your server is a file called applog_20151116.log, which contains a whole bunch of unstructured log entries 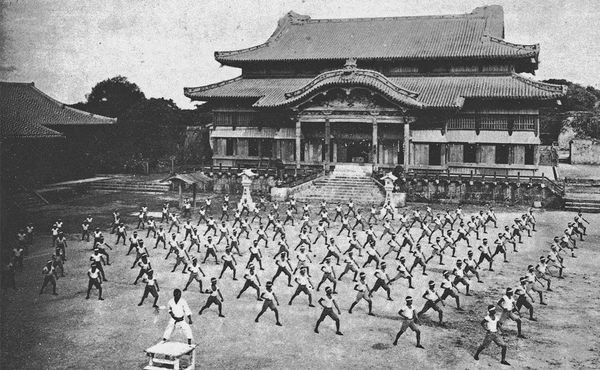 I have a problem with a lot of the recent advice suggesting firms looking to adopt agile practices should eschew the stand-ups, estimations and fixed iterations of Scrum. Which is strange as a