What exactly is a transformation? Is it "go to the cloud" or "be Agile" or "containerise the things"? Despite the number of organisations which state those as their goals, I'd say it isn't. Those examples are merely means to an end. They're often a part of transformation, but they're not the transformation itself.

My view of a successful transformation is one that asks two questions:

I think both are necessary. If you answer only the first, the result is obvious: you end up with a great idea of the direction absolutely nobody in your organisation is going in. It's the classic case of the transformation that's forever on hold in favour of tactical commitments.

You can also answer only the second. Transformations couched in purely technical terms (the infamous "be Agile") are at high risk of falling into this trap. The end result is an organisation that becomes very effective at being directionless. You build great things in pursuit of nothing in particular. Excellent strategy for playing Minecraft, not so good for running a company.

So what does it mean to answer both of these questions?

Who do you want to be?

Answering this question effectively is very different from merely answering it. This is the question responsible for thousands of unactionable mission statements that serve mostly to keep the manufacturers of perspex desk plinths in business.

It helps to think of this as the transformative goal you intend to achieve. Build the best personal computer in the world. Make the first desirable electric car. Run the best coffee shop in Walthamstow. The important thing is you give yourself a goal that lets you very easily sort actions into "achieves my goal" and "doesn't achieve my goal", whether that goal is revolutionising transport or simply delivering a better latte to the residents of E17.

These things are hard to come up with; mainly because creating an effective goal involves taking things away until what's left is the smallest, rawest expression of the idea. As humans, and especially as groups of humans, our natural tendency is to add. Just remember that an A4 page of bullet points isn't a transformative goal, it's a wishlist.

Often the most effective way to identify a goal is to go back to the founding of your business. What were you set up to do? What expression of that is relevant to the world today?

What are you doing?

So, you got your transformative goal. It's a shining beacon, five words that perfectly encapsulate the core idea your company was founded on.

Armed with this idea, this rallying point, your teams set off with great enthusiasm to... deliver exactly the same tactical client commitments they were delivering yesterday.

Coming up with the goal is a single burst of effort, but this second question is more of a marathon. Every day, every planning meeting, every operation, you need to be categorising the things you do into two buckets:

Note that "supports" might include doing something tactical that keeps the lights on. It also includes things like regulatory requirements which don't contribute to your goal directly, but will prevent you from achieving it if not done. Deciding what supports the goal can be a tough call, and it's easy for this to become the standard excuse for getting unimportant things done, but successful transformation is often about learning how to balance idealism and pragmatism.

The reason it's a tough call is that second bucket, all those things which don't immediately move us closer to our transformative goal, is a bucket marked "for gleeful defenestration". Throw them out. No matter how tempting, how easy, how "just this once" each individual item looks, collectively that's a big bucket of stuff that will block you achieving your goal.

What this means in practical terms is having a well-understood pipeline that work goes through, and an understanding that anything not going through it doesn't get done. This may be outcome-oriented squads owning their own backlogs, or it may be a Head of Projects role: different organisations will need different things, the key point is that someone is making the call, "that is not our mission" and the decision stands.

The first thing this gives you is a lot of pain. Nobody likes being told "no", and the desire to say "yes" is so strong that transformations are often delayed or even completely destroyed by well-meaning "just this once" decisions. But over time that pain heals, leaving something stronger: an organisation with laser focus on achieving its goal.

(See why the goal is important? Fail to have an effective one, and you end up with an organisation that has laser focus on doing "stuff" - organisational Brownian motion at speed.)

One final point: while you should start with the big things, ultimately this needs to be your culture, to the point you apply it to everything. Even things as mundane as filling in a timesheet or handling a service request should go through that same, "does this aid the goal?" thought process. The little stuff has just as big an impact over time.

This is all a bit reductive, and there's a whole world of practical details those neat two questions skip, but there's benefit in that reductive attitude. Too often transformation activity gets stuck in the details, and when that happens it'll at best answer only the second question.

It's surprised me through much of my career how little-addressed and badly-answered that, "who do you want to be?" question is. It's really important, especially in the context of transformation, because you can't transform effectively without knowing what it's in aid of.

You also need the, "and what are we doing about that goal?" question. Not only do you need it, you need it every day, across every thing you do, even the small ones. That's transformation for me: finding your organisational goal, and throwing out everything that doesn't help you achieve it. 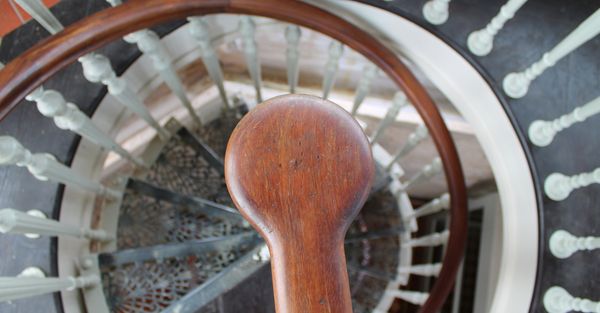 Data/object anti-symmetry broke me. The reason for this breakage was established a year or two ago. I had the fortune to work with some very smart people, who were very good at 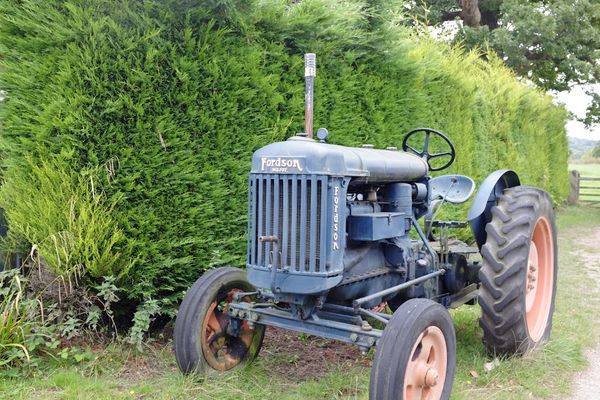 I had an interesting conversation last night about that old bugbear, the annual performance review. No matter how many well-meaning attempts have been made with SMART targets or peer review systems, every annual