I'm in the mood for sarcastic graphs.

I think (I hope) that the idea of the "10x" developer is not an astonishingly new and radical one. People in the upper quartile of the profession are not proportionately better than those in the bottom quartile, they're orders of magnitude better. But the difference in pay is very little, often coming down to little more than having good coffee and a jar full of free sweets in the corner.

Here is your Spolsky-circa-2001 graph of that conjecture: 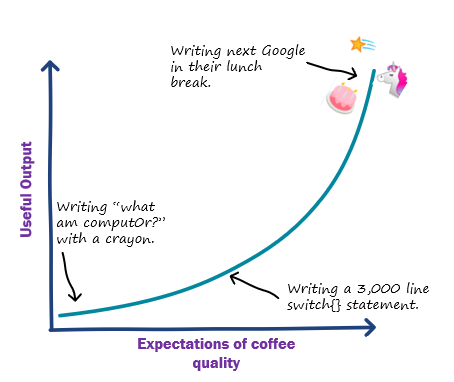 This is all very well, and we'd love to be frolicking in the airy heights of unicorns and cake, but the reality is most of us work with strict hiring budgets and we end up trying to lure the best people we can get within the constraints of our offer being, "we're not going to pay you as such, but we can give you a list of the best bins in the area to scavenge from".

So here's how the graph relates to what you are doing: 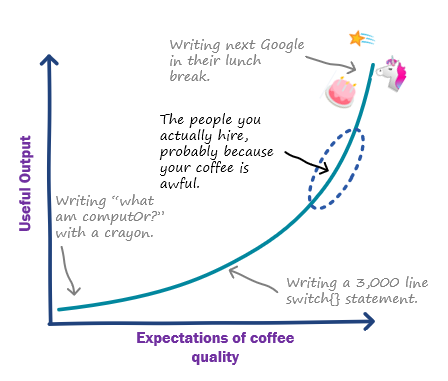 Wait. I missed something. Unless you're lucky you probably don't hire these people and let them work unimpeded in a decentralised, self-organising structure. You probably have long meetings about nothing and make them fill out timesheets. Secretly you know deep down your process is a mashup of Waterfall and make-it-up-as-you-go-along cowboy nonsense, although you now call your teams "squads" in deference to the Spotify model. (For more on this subject see Kimber passim, especially around 2016 where I seemed to be almost permanently angry about it.)

Here is your actual graph:

What people are usually doing around this point is asking, "how have Netflix built a global media empire in the same time it takes us to add a login page that throws 500 if your password has a Q in it?"

So, they go away and they read the Netflix culture deck and the Joel on Software classics and whatever else, and come back with renewed vigour. Netflix only hire the best. Fog Creek only hire(d) the best. The problem is our engineers are too inexperienced! We need better people! If we had those mythical 10x unicorns, everything would be magic and by next Thursday we'd have a billion microservices that automatically turn JSON into profit.

Here is what actually happens: 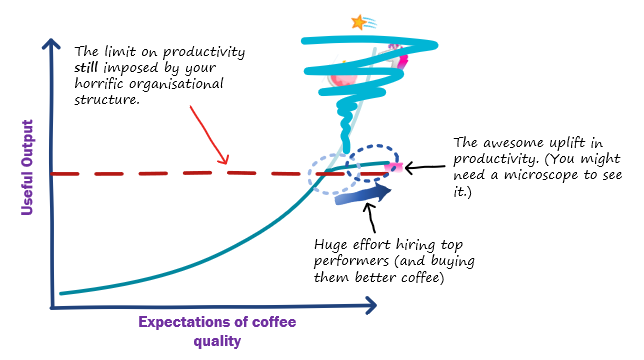 Oh, wait. It turns out 10x developers are only 10x at the things they're good at, and if you're going to sit them in meetings, make them fill out timesheets or tell them you don't have any tickets for them to work on because you forgot to have a product roadmap then you may as well have hired the people who have to be told not to eat the crayons and that the computer needs to be "on" in order to use it.

So how do we make things better and get to the point where we're doing what feels like productive software delivery? 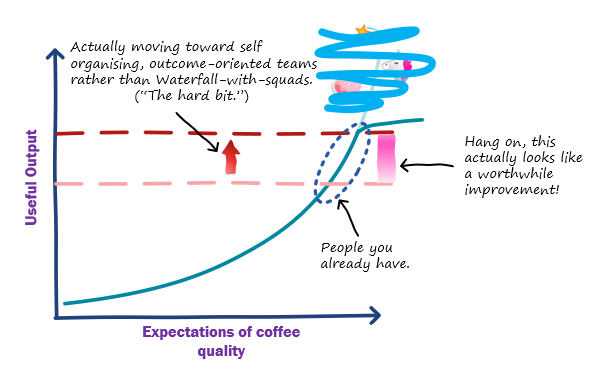 Sorry. But at least you don't have to replace your coffee machine. 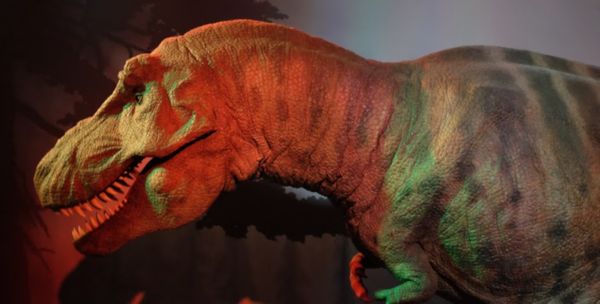 One of the nice things for me about writing is I get to go back to my old articles every once in a while and see where my viewpoint has matured, where it's changed...

I think I'm destined to always be an iconoclast when it comes to interviews. Not quite so much as the days when "let's ask programmers some questions about programming" was a

Matt Kimber
—
The 10x Developer and You
Share this